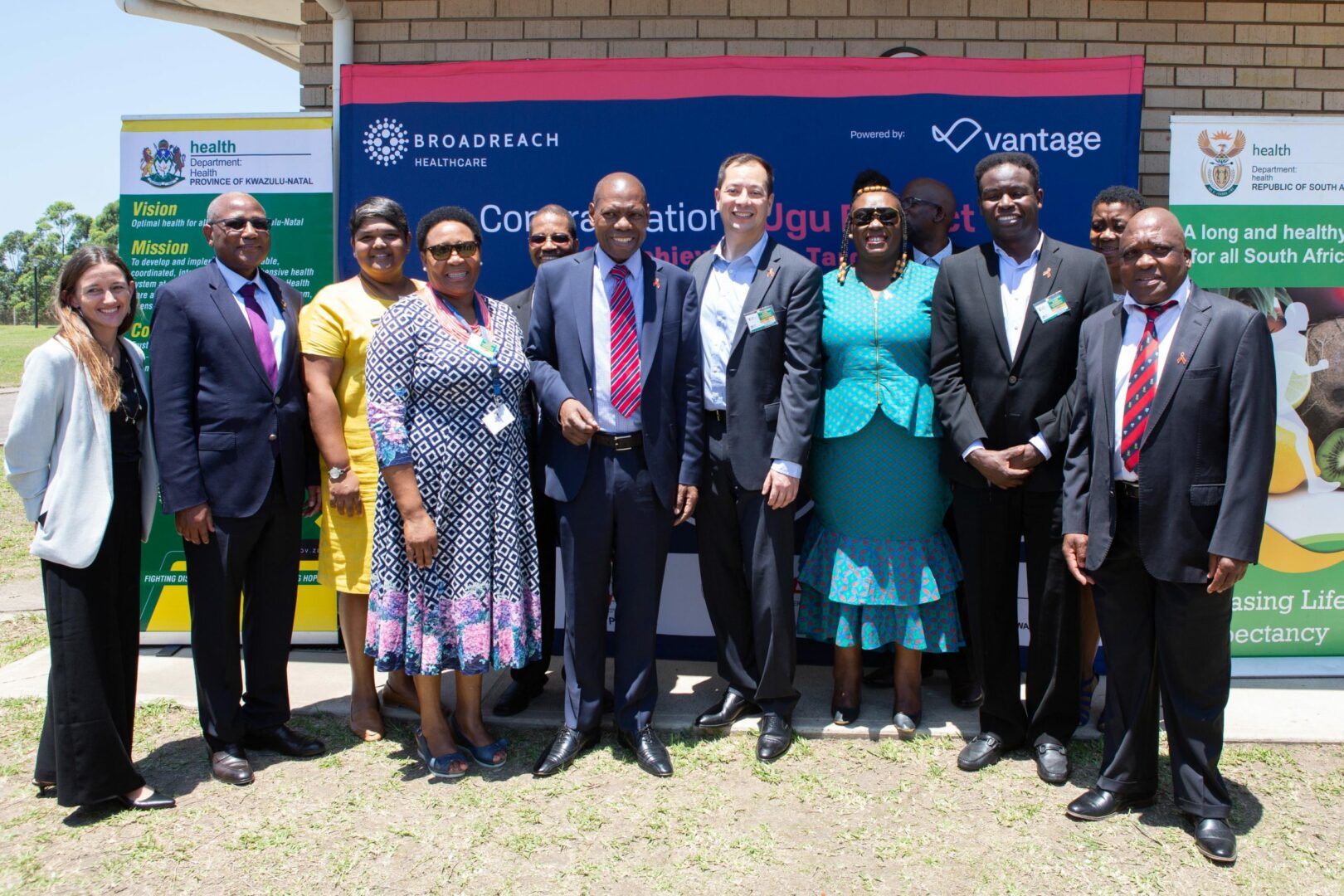 Health Minister Zweli Mkhize, officially announced that the first high prevalence district in South Africa, the Ugu District in Kwa-Zulu Natal (KZN) reached the UNAIDS 90-90-90 targets, a key milestone in controlling the HIV epidemic. Ugu has one of the highest HIV infection rates in the world with 27% of the population HIV positive, making the achievement even more remarkable.

The Minister heralded the success as a result of hard work and dedication by the (KZN) Department of Health and thanks to innovative partners – like BroadReach, Vantage Technologies, civil society -and the support of funders PEPFAR and USAID. Ugu has achieved the 90-90-90 targets at the total population level, before anyone else and ahead of the UNAIDS 2020 target!

‘We are so proud to have been part of the Ugu journey since 2007, their success is testament to their leadership’s innovation and courage to embrace technology and new ways of thinking to achieve incredible results. Through embracing the power of data they have been able to focus attention on interventions that have real impact and guide their teams to success to save more lives’, says Dr. John Sargent, Managing Director of Vantage Technologies and Founding Partner of the BroadReach Group.

In 2013, UNAIDS established an ambitious treatment target to help end the AIDS epidemic. The ’90-90-90’ targets [1] as they are known, requires that:

The Ugu District in Kwa-Zulu Natal, South Africa is widely considered to be the epicentre of the disease as; 27% of the 3.1mn people living in the district are HIV-positive[2] (national prevalence is 20.6%), and it faces one of the highest prevalence of HIV among pregnant women, with 43.4% being HIV-positive[3].

Ugu has achieved the 1st, 2nd and 3rd 90 targets at the total population level: with 93% of the population knowing their status, 90% of the HIV positive population (109,080 people) on anti-retroviral treatment (ART) and 92% of these patients are virally suppressed  as of October 2019, meaning they are healthy, and their viral loads are undetectable.

This achievement is no easy feat, especially considering the health resource constraints experienced in the public health sector. BroadReach Consulting has supported the Department of Health (DoH), as a certified implementing partner of Vantage Technologies, utilizing a combination of AI-enabled technology and health program management best practices, to support the KZN DoH to utilize their health resources optimally to help guide them towards achieving their 90-90-90 targets. Through their work with the DoH, they have empowered healthcare leaders with data-driven insights to strengthen their decision-making related to health program management and implement these decisions consistently and at scale.

This site uses cookies – small text files that are placed on your machine to help the site provide a better user experience. In general, cookies are used to retain user preferences, store information for things like shopping carts, and provide anonymised tracking data to third party applications like Google Analytics. As a rule, cookies will make your browsing experience better. However, you may prefer to disable cookies on this site and on others. The most effective way to do this is to disable cookies in your browser. We suggest consulting the Help section of your browser or taking a look at the About Cookies website which offers guidance for all modern browsers
This site uses cookies - learn more?